Hurricane Ian was a record-breaking hurricane in more ways than one, for both the city of Naples and the state of Florida as a whole. The storm destroyed homes and flooded cities, leaving behind billions of dollars in damages. Residents described the aftermath as looking like a “warzone” with an unimaginable path of destruction. Still, residents are committed to coming together to restore the city’s infrastructure and community. To rebuild stronger than before, we need to understand Hurricane Ian’s effect on Naples, Florida and its residents.

Drew and Chanel Josephsen (the founders of Naples Relocation Experts) are born-and-raised Floridians. From Hurricane Andrew in 1992 to Hurricane Irma in 2017, they’ve weathered plenty of big name storms over the years. Through it all, their biggest takeaway comes down to preparation and mitigating risk.

“We learn new things from every hurricane,” said Drew. “We need to use these past experiences to better prepare ourselves and others in the future.”

Keep reading to learn more about Hurricane Ian’s effect on Naples, Florida and how we can use this experience to help the families and residents that call the city home.

Understanding The Cost of Hurricane Ian

To understand why Hurricane Ian’s effect on Naples, Florida is considered such a major and catastrophic storm, all you need to do is look at the numbers. Hurricane Ian will likely be the costliest hurricane in Florida history, causing an estimated $84 billion in damages. According to the National Oceanic & Atmospheric Administration’s (NOAA) list of the costliest tropical cyclones, here’s where Hurricane Ian would currently appear among the rankings:

For most residents, the time immediately following a hurricane is focused on reaching out to as many people as they can. It’s an extremely high stress time. Cell towers in certain areas might be out, causing a loss of service. Even if there is service, reception can be unreliable due to the flood of people attempting to call their loved ones. Phones might be dead due to a loss of power during the storm with no way to recharge. Residents spend a significant amount of time playing phone tag and following up with mutual friends or neighbors to account for all of their loved ones.

After people are accounted for, residents go into assessment mode. Are they able to safely access their home to check for damage? What kind of damage did they sustain? Is their home still a viable living situation? If they have a business or other properties, what condition are they in? Residents are left scrambling to determine exactly what they’re dealing with so they can decide who their next calls need to be.

Businesses that offer hazard/debris removal, roofing or fencing services, and other essential maintenance often get booked up fast and surge pricing can go into effect. Residents have to work fast to secure contractors before their books fill up and they’re left with long wait periods and/or increasingly expensive quotes. Property and business owners also have to rush to file claims with insurance adjusters to ensure they’ll receive money promptly to fund these repairs.

Most importantly, once home and properties are handled, this time should be about helping others. One of the truly great things about living in Naples is being able to see the community come together in times of need.

“My priority wasn’t work. People were devastated; they lost their homes and didn’t have the resources to deal with it,” said Drew. “My family went out and got a bunch of food and donations from our church and we gave them out to the communities that needed us.”

In the spirit of giving back to our community, the team at Naples Relocation Experts wants to specially recognize American Heritage Schools for all of their support and assistance post-Ian. Between 30 to 50 AH students arrived to help along with trucks full of supplies donated by American Heritage. Thank you to American Heritage President Dr. Doug Laurie, his students, and his faculty for your much-needed compassion and generosity!

Hurricanes aren’t a new phenomenon for Florida residents. As such, people living out of state often ask, “Why weren’t residents better prepared? What made Hurricane Ian so different?” The answer is mostly due to storm surge, a rising of the sea as a result of atmospheric pressure changes and wind associated with a storm.

According to the National Oceanic and Atmospheric Administration (NOAA), Hurricane Ian caused over 9 feet of surge plus the tide level in Naples. At least 6.2 feet of that was the surge itself. For comparison, the previous record for storm surge in Naples was 4.25 feet during Hurricane Irma in 2017. Local officials also reported the hurricane’s 20-foot waves from the Gulf of Mexico are what destroyed the historic Naples Pier.

Although Naples has drainage systems in place to help prevent and alleviate flooding, Hurricane Ian brought record-breaking water levels that our current systems weren’t equipped to handle. The storm showed us that our cities and homes need to be better prepared for extreme cases of flooding. It’s likely that new standards in construction and city planning will be set in place as a direct result of Ian.

The damage to homes from Hurricane Ian was unlike anything the area has experienced since Hurricane Andrew in 1992 – before Florida adopted the Florida Building Code (FBC) in 2002 to improve building standards for hurricane protection. After Ian, 7,000 homes across Collier County were left in need of repairs. In Naples, 22 homes were destroyed and 2,645 damaged.

“I lost everything,” Naples resident Pausie Whittaker told Wink News after a couple of feet of water entered her River Park home. With nowhere else to go, Whittaker was forced to sleep in her car.

Most homes and properties (especially newly built ones) are able to come through hurricanes without structural damage. However, there’s one thing that every Florida resident deals with post-storm: the debris. Storm-related debris includes trees, tree limbs, and shrubs that were blown down as well as fencing, flooring, furniture, carpet and wallboard that had to be removed from the home due to flooding or other damage.

According to Collier County’s Debris Removal Dashboard, over 1.2 million cubic yards of debris from Hurricane Ian has been hauled away so far. The county estimated that debris removal would take approximately 79 days and the cost estimate is $80 million.

This is why it’s so important for residents to bring loose exterior home items inside or to secure them in place.  Otherwise, the wind will carry things away, causing more debris and potentially causing damage to other homes or property around you.

The Importance of Staying Informed

For native Floridians, we grow up to view hurricanes as mostly just a nuisance. Trees and screen enclosures are lost, power goes out, and life is disrupted for a few days. A majority of the time, families evacuate simply to avoid the annoyance of living without electricity or air conditioning – not out of a fear of being injured.

That was exactly the case for Drew and his family during Hurricane Irma, but the aftermath carried in an important realization. Drew recalled:

“I remember a full week out from Irma, my wife was watching and analyzing the spaghetti diagrams – turning herself into a meteorologist. After two days of it, we decided to get out of town just to end the stress of the constant back-and-forth. In my mind, I was convinced it wasn’t going to hit us – they rarely hit us. And, when they do, it’s not a big deal.

“In hindsight, the storm was so big that it covered the whole state. Whether it went a little east or a little west, we were still going to get hit pretty hard. Reports were also saying that it would be a direct shot to Naples.

“The reality was, I should have been more informed. That was one of my ‘Aha!’ moments.”

As long-term Florida residents know, hurricanes are difficult to predict. The forecasts show multiple potential paths and change day-to-day or even hour-to-hour up until they arrive. The most important thing is to stay on top of the updates and be prepared for anything.

We might be coming to the end of this year’s hurricane season (November 30), but the start of the 2023 season (June 1) will be here sooner than we know it. Although it’s uncommon, it’s also possible for an off-season hurricane to occur.

Drew’s advice: “At the end of the day, you’ve got to treat it like it’s real.”

If you’re looking for more ways to stay informed and prepared for future hurricanes, read our Florida Hurricane Preparedness Guide and our article Florida Hurricane Prep for Businesses. They contain helpful tips and advice for families, property owners, and business owners to keep their families and livelihoods safe during hurricane season.

For specific questions about Hurricane Ian’s effect on Naples, Florida or to learn more about living or buying property in our community, contact us today to speak with a Naples relocation expert. 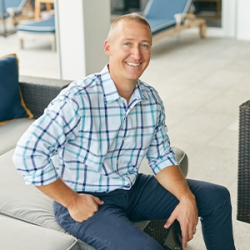 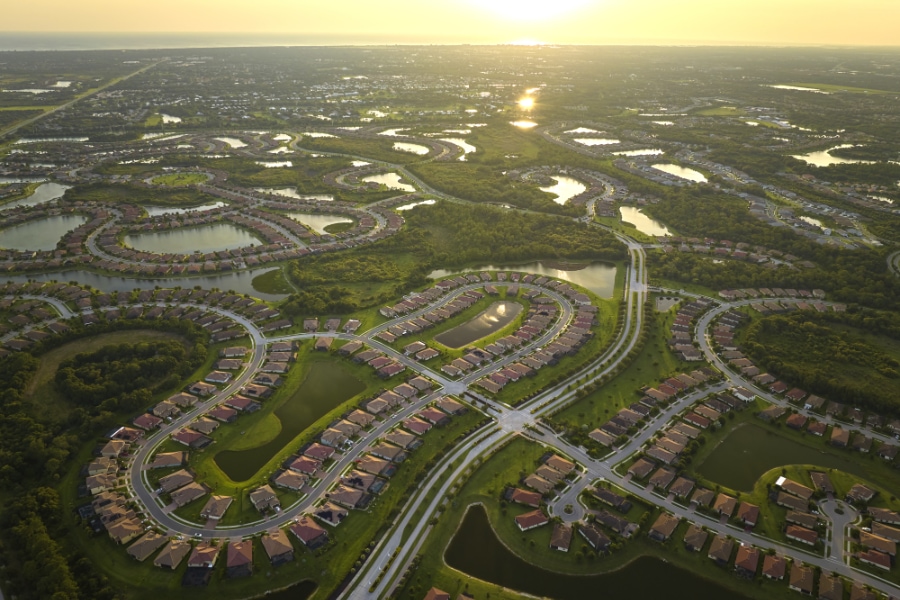 Why Real Estate is the Best Way to Invest in Naples

The best way to invest is real estate, and Naples (rated the happiest city in the US four years in a row) is the best place to do it.
Read More →

An Expert Look at the Naples Real Estate Investment Process

If you are planning to invest in the Naples real estate market, it’s crucial to understand the real estate investment process.
Read More →

If you're ready to make the move to one of America's happiest cities, Naples Relocation Experts are here to guide the way.

Speak to an Expert